Kevin, Go Get Your Sister!

In an earlier post Following My Brother Kevin Michael Junod I mentioned that my brother had left me up in the tree house once. I was too scared to climb down myself, fear of falling.

I found something yesterday that has prompted me to finally tell the story.

When I was little I followed my brother and his friend Paul around everywhere. At the time I didn't see anything wrong with it. Now I know it must have been such a drag to have your little sister with you. It must have been so uncool. When walking to school I was instructed to walk 12 sidewalk squares in front of him. I complied.

I was so excited one day when he agreed that I could play hide and seek with him and Paul...and I didn't have to be IT. So thrilled I darted off to find the best hiding spot I could. There I sat. And sat. I sat some more. I thought I must have really found a great spot. So I sat some more, snickering a bit at how long it was taking them to find me.

I am embarrassed to admit how long I sat there. Let's just say it was long enough to figure out I had been had. When I went home and asked my Mom where he was she said he had gone to the park with Paul. UGH!
Drag.

One would think that having learned from that experience a young girl would wise up to her brother's games and stay alert for the next "punk". No...not this little girl.

I followed my brother and Paul up the fort stairs. It was quite a climb. It was cool up there. I imagined that they played Cowboys and Indians or maybe Cops and Robbers. I knew I'd have a lame part to play in the charaid but I didn't care. I was hanging out....in the fort...with my big brother.

It wasn't very long before it was too uncool for him to be with his kid sister. He told Paul that they were going to go somewhere else. The two of them climbed down. I called out to my brother to help me climb down.
"You'll be fine!", he said brushing me off with his hand.
"Maybe we should help her down", Paul said.
"No, she can get down." he insisted.

As they walked off Paul glanced over his shoulder at me as if he just knew there'd be repercussions. Perhaps there was maybe even a little empathy. All I know is that they ditched me...in the fort...knowing darn well that I couldn't climb down those stairs.

So...yes gang,  you guessed it. I sat. Well, not before trying to figure it out myself. There was just something so very terrifying about turning around, grabbing on to that top step and maneuvering down the stairs. Remember that I've admitted before that I have the gracefulness of a sloth so just imagine.

From my vantage point I could see into the kitchen window and see my Mom at the kitchen sink. It was nearly dusk when I saw my brother walk in the kitchen.
I imagine the conversation went something like this...
Mom: Where is your sister?
Kevin: I don't know...the last time I saw her she was up in the fort.
Mom: You haven't seen her since?
Kevin: No, she can't get down.
Mom: So you left her up there?!

That's when I saw my Mom turn and look out the window up at me, my chin resting on the side of the fort. Yep...it's me Mom. Still up here.
My Mom's head spun around so fast toward my brother. I'm glad that I didn't have to witness the piercing eyes as she must have told him with gritted teeth, "GO. GET. YOUR. SHISHDIR!" (sister spelled shisdir because it's the only way to say it with gritted teeth)

Fast forward many years later and imagine my surprise to happen on a photo of my brother standing in front of said fort. At first I was filled with glee to see my brother and the fort. Yea...good memories.

Then I really took a look at the fort. For real? The fort along with it's stairs that in my memory took hours to climb up and with such frightful heights was...5 feet off the ground? If that much...really. Really? 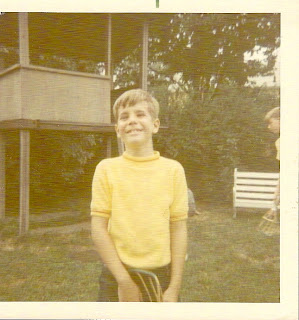 My Dad Taught Me Heaven Is For Real

Yesterday my eyes were scratchy and dry from an oncoming Sjogren's flare so I gave in to it and curled up with an audio book. I was actually a little chilly having come in from the pool and it felt so lovely wrapped up in my Snuggie.
I love retreating to my Audio Books when my eyes fail me. Who doesn't love to be read to anyway? Right now I'm listening to Heaven Is For Real by Todd Burpo. It is an account of his son Colton's experience with having visited Heaven.
I'm halfway through the book now and I am enjoying it. While it's written through the perspective of a Christian I think anyone can appreciate the honesty of a child's interpretation of such a grand adventure. His accounts of the experience are so very sweet as only a child can describe something. I've enjoyed his father's explanation of what it's taught him as well.
I do believe in a higher power. I was raised Catholic but my own spirituality has gone beyond what my faith has taught me. My own experiences have made my faith grow into belief. Perhaps an unshakable belief. I believe in the power of prayer however it may be. Hymns, reading Scripture, rosary, meditation or just plain speaking to God. One on one. I believe in God and he listens. I don't think he'll complain about the method in which we try to reach him.
I believe in Heaven too. I was with my Father when he said goodbye. My Dad was not a man of flowery words but very matter of fact. He was a steadfast family man who shared everything. Having battled prostate cancer he was in his last hours when he opened his eyes. He looked around at us smiling and said that "They" were here for him. He hadn't been coherent for some time so to hear him speak so clearly was something in itself. He spoke of a light. There was some hesitation in his voice not of going but because he was leaving us behind. My Mom told him that it was ok to go. The peace that fell over my Father's face is something that I will never forget. All I can say is that it must be breathtakingly awesome. He said that he loved us all. He said he was sorry but that he was going to go with them. We all said that it was ok, he could go with them. He looked upward and smiled again. "Ok then...I think I'm going to go. I love you all."
He never spoke another word.

What a priceless gift my Dad had given to us. I always believed in Heaven but from then on I knew there was an afterlife. Not only that but that in dying there is majestic process to passing.

Science has tried it's best to explain away and reason for these accounts. There seems to be a growing number of scientists willing to explore the boundaries of our current comprehension of life and death. That's why I love to find stories of children's accounts of experiences. From the mouth of babes, so simple and honest. Heaven is for real.

One of our favorite family traditions each spring is driving out to Edom, Texas to pick blueberries at Blueberry Hill Farms. There are other farms in East Texas but we've continued going there partly because we love the family's story so much. 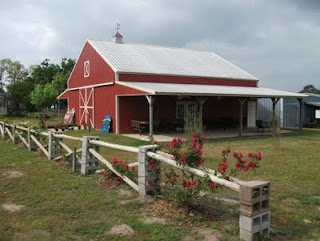 The couple that bought the farm had worked in the telecom business. They wanted something different for their daughters and decided to buy the farm. It's been a huge success and we've loved watching the farm expand. The daughters have all played a role. One has quite a big baking business. Another made ice cream and another sold blueberry lemonade. Last year they even had the Grandfather out in the parking area helping to direct traffic. 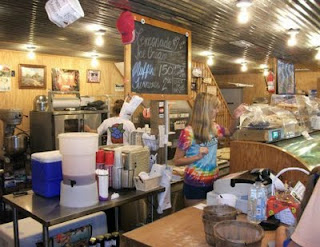 I am amazed that our boys, who are well into their teens still enjoy the trip. We take off at the crack of dawn so they usually sleep along the way. It was fun for me to remember them as little guys out there with their small buckets picking one berry at a time. Pick...plunk in the basket. Long pause then pick....plunk in the basket. 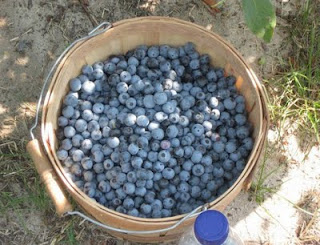 This year it was blazing hot out there. We usually get out there earlier in June and yesterday it was a killer. I am already prone to being bothered by the heat and sun because of Sjogrens. I was feeling a little woozie and was afraid that I was going to pass out. If I did and woke to find my basket of blueberries scattered all over the pathway I would be crushed. So I retreated to the water tent.

When the boys and Hubby walked up announcing that they'd had enough too I felt better. All things considered it was another successful harvest of the lovely, plump, blue gems. We had our bounty bagged up for us and purchased one of the daughter's famous blueberry cream pies.

We always top off the trip with a visit to The Shed Cafe for lunch. While they are famous for their crazy delicious pies they are forever in my heart for their chicken fried steak. Yes...a southern staple that's slowly being stricken from menus across the south. Stricken because it's fried and perhaps not the healthiest choice on the menu. Throw in mashed taters and seasoned green beans and this girl is in heaven. Sigh.

I'm off now to bake. It's muffins this morning. Pancakes tomorrow...pie for after dinner. Yum.
Posted by Amy Junod at 11:16 AM 2 comments: