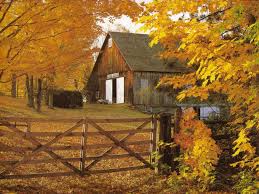 Autumn is my favorite season. While Spring has become a friend of mine I always look forward to the arrival of fall. The air is crisp, the nights are cooler and here in North Texas the days are just beautiful.

On cold sunny mornings like this I am so often swept back to my grade school days at St. James when we'd go on our annual field trip to Kelly's Farm. We'd get to wear weekend clothes instead of uniforms which really didn't matter because we were bundled in heavy coats by then. The bus ride was always a blast. Then at the farm we would tour where they made pressed apple cider and we'd each get a sample along with a fresh made donut.
When the tour of the farm was done we all would be let free into a big pumpkin patch where we would get to pick out our own pumpkin to bring home. What a sight it must have been to watch kids scatter about.

The rules for picking out your pumpkin were simple. If you could carry it on to the bus it was yours. So of course it was always a sort of competition to find the biggest pumpkin in the field. Unless you were like me.
One of my last trips out to the farm before moving down south I took off in to the pumpkin patch and found the most perfect pumpkin. The shape was perfect. The color was a beautiful orange. The stem was curved just enough. That pumpkin was precious. It was the cutest little pumpkin I'd ever seen.

While the other kids were grunting under the weight of their pumpkin picks I made my way to the bus. As I stood by the bus I glanced over the field of pumpkins watching my classmates laboring away. Some were using the drag and roll method to get their pumpkins back to the bus. I was pleased as peaches to have my cute and tiny pumpkin.

From my previous posts you can imagine what my brother had to say about my tiny pumpkin. I'm sure my Mom and Dad weren't surprised because back then everything was "so cute"!

I'm a grown woman now and I still can't resist the little baby pumpkins that they sell in pumpkin patches.

http://www.kellysfarmmarket.com/Kellys_Farm_Market_%26_Bakery/Photos.html
Posted by Amy Junod at 7:12 PM No comments:

Here in North Texas we've survived one of the hottest summers on record. In fact Summer 2011 made the record books for having the most days over 100 degrees. Yea Summer! Whoop, whoop! No. Not so much a whoop whoop but a whomp whomp.

My cute little urban garden became quite a challenge. Some plants just couldn't survive the heat no matter how much attention I gave them. I never gave up hope though. I kept watering every day regardless of the fact that the plants weren't as productive as summers passed.

This summer was very taxing on me as well so I think my garden appreciated the fact that I gave it my best shot. I think that's why I found this week's surprise in the garden so rewarding. I've been watering my cucumbers all summer long. They had the most brilliant yellow flowers and the leaves were such a gorgeous shade of green. The bees seemed to enjoy them as well.

So I watered and was pleased that the plants would respond with such beauty.  They were alive and I was well enough to water. They might not be popping out yummy cucumbers but they sure were pretty flowering plants.

One day this week after spending some quality time with the monarch filled jasmine I started my watering. Much to my surprise was a gorgeous cucumber waiting for me to pick. It was huge. I'm not sure how I have missed it all this time but there it was. What an awesome treat. It was delicious too!

I love the lessons that I've learned in my little garden. Sometimes it takes me a while for my garden curriculum to take hold in my head. Mother Nature is a patient teacher. I've had some difficulty this week with the blow to my productivity and have found myself in my own sort of pity party. Me, Myself and I munching on chex mix...sipping sugar free punch...listening to Mary J Blige. Oh, who am I kidding. No pity party is complete without some Barry Manilow too.

I just came in from the garden after tending to my baby strawberry plants and realized that I've got this whole "productivity" thing sort of backwards. Garden experts will tell you to nip the strawberry blossoms to increase productivity. I happen to think that the blossoms are beautiful. So, I keep them. The experts will also say to snip off "runners" as this will decrease productivity as well. I keep the runners. I love to coax the runners to start a new plant by placing them in soil. Now I have lots of strawberry plants.

It's been more than a week now and I think I'm still in a whopper of a Sjogren's flare. Not that there is ever a good time for a flare but this timing made me mad. I was not graceful at all when facing this one. In fact I think I begged more for this one to be postponed more than any other.

My little sister was driving up with my "preen-cess" of a niece and her Facebook lovin' dog. We were going to enjoy the pool, go shopping, play in parks and top the week by seeing Train and Maroon 5. My sis and I had been looking forward to this for months.
As I was waiting for my sister to pull up out front I could feel my energy evaporating from my body. Now that I can recognize the onset of a flare my mind races with pleas of mercy.
The week was filled with lots of fun, laughter, love and hugs. I was pushing it though and with each day of not following the rules I knew I'd pay for it.
Well, this week has been a doozie. Boy howdy I'm feelin' it. Since I can't do anything at this point but to find a place of acceptance I've found myself with a tune swirling around in my head.
"I'm going down..."
It's bugged me for days now because not only can I not remember the rest of the words but I don't know who sang it. After a few clicks Google led me to this:
Mary J Blige I'm Goin' Down
Oh the irony when an ad for Visine was on the YouTube page. "Visine Tired Eye Relief" You gotta be kidding me!
Then I saw this little diddy by Bruce Springsteen:
Bruce Springsteen I'm Going Down
I think I have a couple of anthems for next time I feel a flare coming on. So, until this thing passes...as Mary would sing in her soulful way...I'm goin' dah-ah-ah-ah ahwn...I'm goin' dah-ah-ah-ahwn...


Oh, btw...Train and Maroon 5 are AWESOME live! Also, making oatmeal chocolate chip cookies with a soon to be 4 year old "preen-cess" is the best medicine. Best!
Posted by Amy Junod at 11:08 AM No comments: